A New Pterosaur from China!
Pterofiltrus qiui (Jiang and Wang 2011) IVPP V12339 was originally considered a ctenochasmatid pterosaur, but here it nests as a cycnorhamphid. Only the skull is known and it was crushed and disarticulated. Reconstructed (Figure 1) the skull is a virtual duplicate of Cycnorhamphus. The original reconstruction (visible here) was a rehash of the Gegepterus reconstruction. It did not match the fossil and introduced a much too long rostrum. Pterofiltrus lived slightly later (in the Early Cretaceous) than Cycnorhamphus (in the Late Jurassic) and was slightly larger with more teeth. 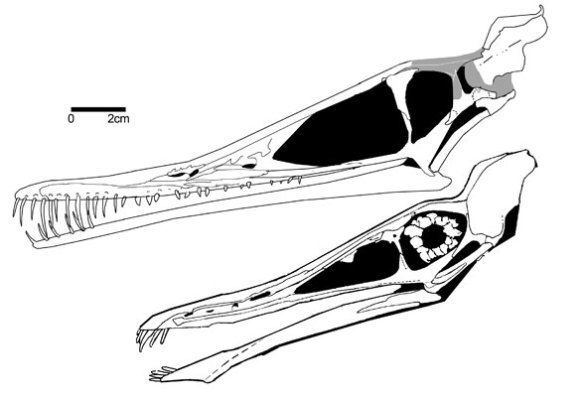