Today we finish our look at the three clades based on Germanodactylus cristatus (the holotype, n 61 in the Wellnhofer (1970) catalog). We just looked at the Dsungaripteridae, the Shenzhoupteridae and the base of the Tapejaridae. Now we come to the largest and most derived members of the Tapejaridae: Tupuxuara and Thalassodromeus.

Tupuxuara
Tupuxuara is known from several specimens and one complete cast. Having seen the cast, most of it appears to be real, so that’s the data I’m working with. 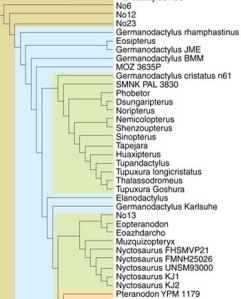 Figure 2. Click to enlarge. The family tree of Germanodactylus.

Tupuxuara longicristatus, T. leonardii (Kellner & Campos, 1988, 1994) ~110 mya, Late Aptian, Early Cretaceous. Distinct from Tapejara and Huaxiapterus, the skull and mandible were longer with a dorsally expanded and combined rostral and cranial crest. The mandible had a deeper keel. The torso was short and deep. The sacrum was coosified. The sternal complex was large with sharp corners. The humerus was more robust and the deltopectoral crest was smaller. Fingers 1-3 were smaller. The pelvis was smaller and completely coossified. Judging from the cast, the pes was still digitigrade converging on the pedal configuration of basal Pteranodon. Metatarsal 2 was the longest, but digit 4 extended further from the heel.

Martill and Naish (2006) among others nest Tupuxuara with azhdarchids, like Quetzalcoatlus, but there is little to justify this placement other than the convergent enlargement of the antorbitral fenestra higher than the orbit. In the larger analysis azhdarchrids and tapejarids are not related.

Thalassodromeus
Thalassodromeus sethi DGM 1476-R (Kellner and Campos 2002) ~110 mya, Late Aptian, Early Cretaceous, ~1.4 m skull length, was derived from a sister to Tupuxuara longicristatus and represents the last of this lineage. Distinct from Tupuxuara longicristatus, the skull of Thalassodromeus had a greatly expanded combined rostral and cranial crest that expanded further posteriorly. The lower orbit was almost completely ossified. The postorbital process of the jugal was nearly at right angles to the jawline. Two fenestra perforated the crest above the orbit. The posterior jugal was deeper.

The Goshura specimen
The Goshura skeleton has not been described. The illustration in Figure 1 is based on a cast at the Goshura Museum in Japan. I do not know the scale, nor do I know how much of the skeleton is based on a real specimen, nor do I know where the actual specimen is curated. It is distinct enough to be noted and the skull closely matches one I had seen several years ago at the Tucson Gem and Mineral show (Figure 2). The juvenile skull PAL 4303 (Figure 1) is also a close match except the orbit did not lean so much.

Distinct from Thalassodromeus, the skull of the Goshura specimen had a straighter crest margin, a larger orbit and the parietal emerged posteriorly at the level of the orbit. Distinct from Tupuxuara longicristatus, the wings and legs were longer.

Figure 2. Click to enlarge. Juvenile Tupuxuara. Colors denote various bones. Note the expansion of the nasal dorsally as in laminates the premaxilla to strengthen it.

Juvenile? Tupuxuara
This skull drawing is based on specimen seen at Tucson Gem and Mineral Show several years ago. Not sure where it is now. Compared to the Goshura specimen (above) this skull gives some indication of crest development during growth, if this is not simply a phylogenetic precursor. The skull bones are colored here. Note that the tip of the rostrum is the single remaining tooth.

Countering earlier claims by Kellner and Campus (2002), Humphries et al. (2007) concluded that pterosaurs did not skim feed based on their studies with a jaw fragment they attributed to Thalassodromeus. Unfortunately that jaw fragment was that of a dsungaripterid. There are plenty of pterosaurs with an extremely thin mandible tip, such as Pteranodon and Nyctosaurus. Such jaw tips, whether the rostrum was longer or the mandible was longer, were ideal for spear feeding while on the wing. Read more about this hypothesis here. The jaw tips are unknown in Thalassodromeus, but in sister taxa, such as Tupuxuara, the jaws are also quite narrow at the tip, good for spear feeding.